State Governing and Advocacy Association for Contractors, Distributors and Manufacturers of Cleaning and Maintenance Supplies

See What the FSSA can do for you.


TOXIC CHEMICALS IN OUR BODIES, BREAST MILK AND NEWBORNS

177 different organochlorines in men (suspected carcinogens)
Dioxin (causes metabolic and immune changes in lab animals)
Mercury (1.16 million women of child-bearing age may have unsafe levels)
PCBs (cancer, possible damage to immune, reproductive, nervous and endocrine systems)
PCBs, pesticides, and phthalates (in umbilical cord tissue)
Lead (now in bodies of all living things on the planet)
By 1976, about 25% of human breast milk in the U,S, was too contaminated to be sold as food.

WHERE TOXIC CHEMICALS ARE FOUND 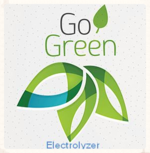 See What the FSSA can do for you.